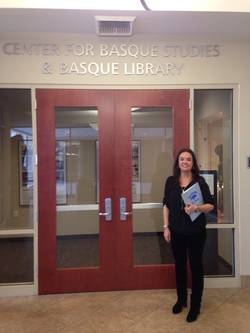 Bizkaia Provincial Council and the University of Nevada in Reno has signed a agreement, for an initial renewable term of two years, in order to foster and disseminate research into the Economic Agreement of the Basque Country and comparable federal tax systems internationally, by means of activities organised by the Center for Basque Studies (CBS). Under this Agreement, a career civil servant from the Provincial Council will join the CBS each year for a three month period. At the end of which, they will submit a detailed report on the activities carried out during their stay both to Bizkaia Provincial Council and to the CBS. The CBS will organise a one-day seminar and the guest professional will carry out research tasks, give a paper at that seminar and will write an article or a chapter of a book in English to be published. The visitor will also teach as a guest lecturer on courses on taxes and tax culture run by the Economics Department at the UNR. Following a selection process, the Head of Fiscal Policy Unit at the Department of the Treasury and Finances, Gemma Martínez Bárbara, has joined the CBS.