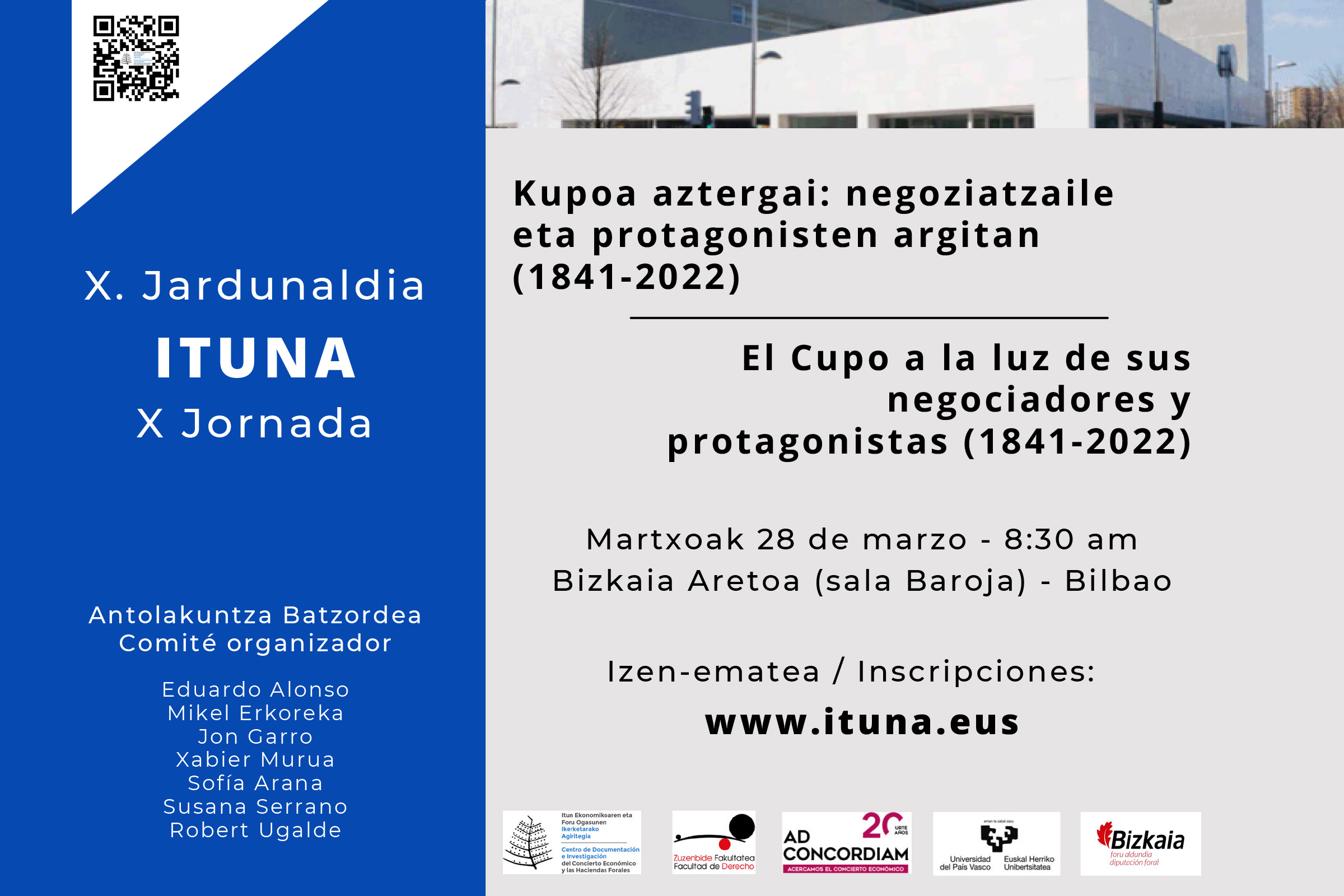 On 28 March, the “10th Ituna Conference – The Quota in the light of its negotiators and protagonists (1841-2022)“, organised by the Ituna Centre and Ad Concordiam, will be held. The event will take place at 8:30 a.m. in the Baroja Hall of the Bizkaia Aretoa (UPV/EHU) in Bilbao, with the aim of analysing and reflecting on the evolution of the quota from its origins to the present day, paying special attention to the current quota system, developed since 1981.

In addition to the historical perspective, the conference will feature prominent figures involved in the negotiations between the central administration and the Basque administrations that have determined, since 1981, the methodology of the Basque Country’s contribution to the financing of non-assumed burdens.

Registration for attendance in person is free and can also be followed via streaming.

Registration at the web site of the Documentation Centre of the Economic Agreement and Foral Treasuries.