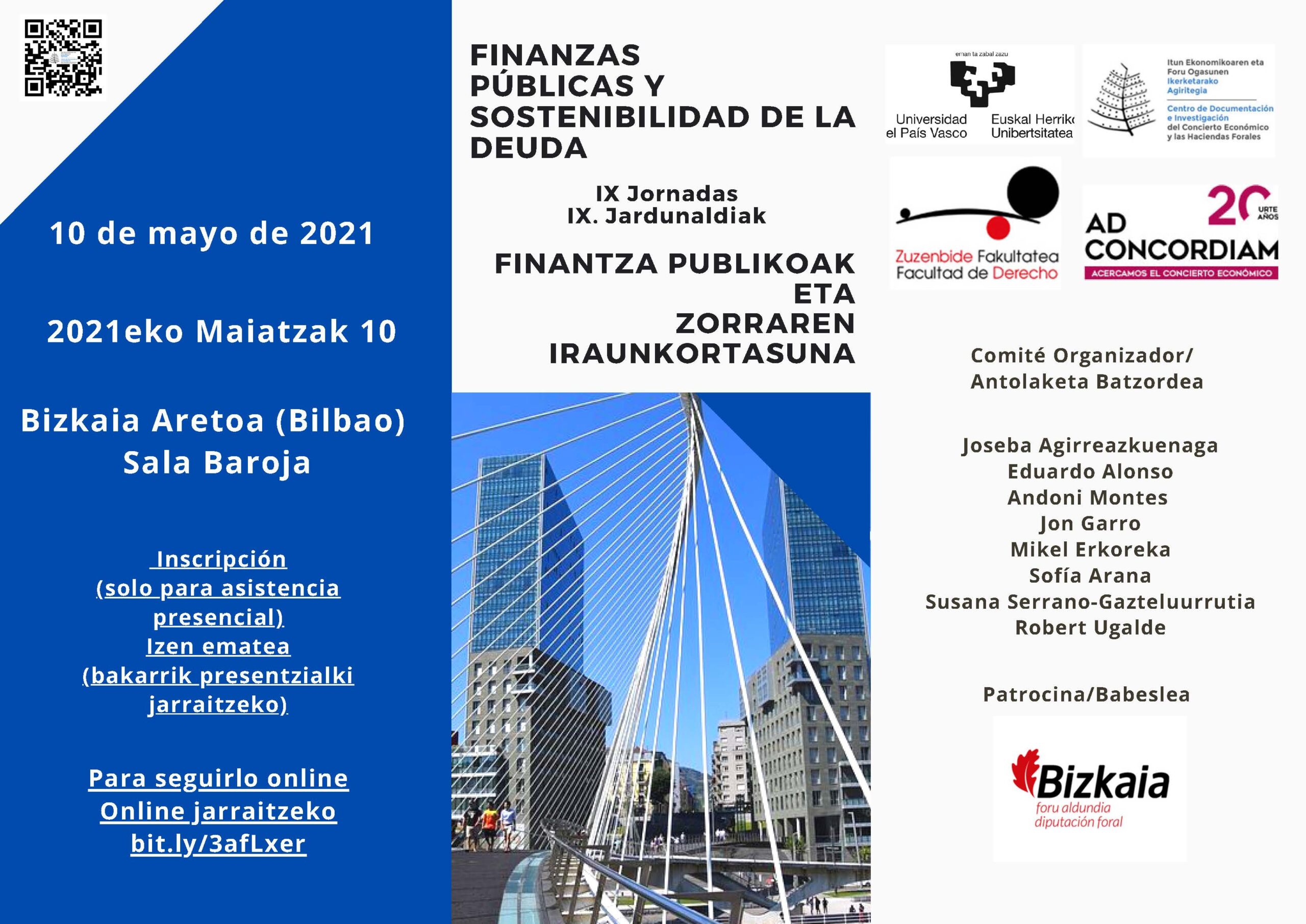 Next 10 May, commemorating the 40th anniversary of the approval of Law 12/1981, of 13 May, which approved the Economic Agreement with the Basque Autonomous Community, and within the current context of the Covid-19 crisis that has put treasuries throughout the world under immense pressure, including the Basque provincial Treasuries, the Ituna Economic Agreement Documentation and Research Centre and the Ad Concordiam Association for the promotion and dissemination of the Economic Agreement are organising the 9th Conference on “Public Finances and the Sustainability of Debt”.

The Conference, which will be opened by the Provincial Councillor for Treasury and Finances, José María Iruarrizaga, will explore in depth the hot topic of public debt and its sustainability in Europe, particularly after the succession of the 2008 crisis and the current coronavirus crisis, focusing on the case of the provincial Treasuries. A panoramic perspective will be offered of the present and future of public debt in our region, while also looking at the European, Spanish and Basque situation. Speakers will include Javier Pérez, from the Directorate-General of Economy and Statistics from the Bank of Spain, Diego Martínez, professor at the Pablo Olavide University, Enrique Lucas, professor at the University of the Basque Country, and Itziar Agirre, Deputy Councillor for the Treasury of the Basque Government. The programme will end with a round table moderated by the professor from the UPV/EHU, Sofía Arana.